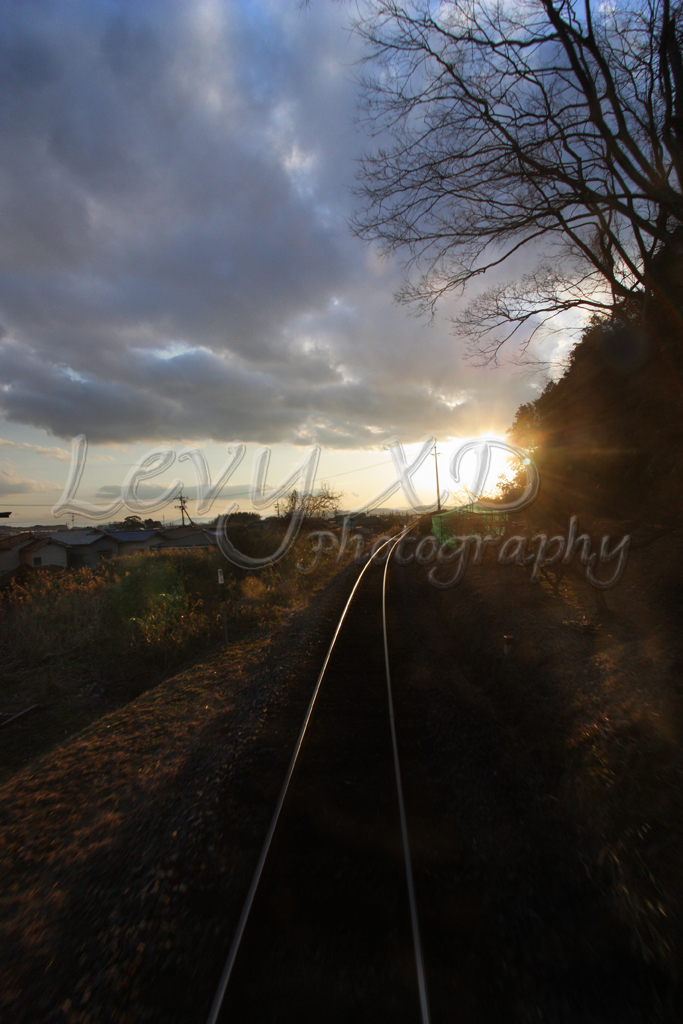 Wow, I kinda forget to blog each alternate night, so I'll have to make an attempt to cover yesterday's and today's activities. Firstly, the trip is going too fast! We're about 1 week+ in to the trip already! And the first two phases are supposed to be the slowest phases of the trip. Once we hit phase 3, things are kinda going to fly quite fast, and phase 4 is mainly stock up on Anime stuff, and try to bring Japan home.

Yesterday was almost a nice full day of walking out on the eastern side of Kyoto, which we covered one of the temples with a bamboo grove (awesome for pictures), and then headed to the famous Kiyomizudera temple. The one you always see on the side of the hill surrounded by awesome autumn colours. Sadly, it's winter and there are no leaves on the trees. The place is also under maintenance, so while visitors are still allowed, and the main temple is still untouched, the other two "auxillery" buildings are covered in one way or another. Dinner ended off with Okonomiyaki! We always try to get something awesome every meal. Our daily breakfast is still at convenient stores, because it's more awesome that way, and because convenient stores breakfasts taste good. Also, Lawsons is our most favourite visiting location, especially after the discovery of the Madoka series handphone straps (collect all 5!)

Today was "Ninja day" and although it sounds really really awesome, it's just awesome. Not epicly awesome. First, there's the long commute to Iga, then secondly, there really isn't that much to see there apart from the Ninjas which sadly, only took up about 3 hours in total. The house was very nice, with the demonstrations of all the escape routes and devices, along with hidden storage and hidden closets. But what was really awesome was the sunset taken from the back of the local train from Igaueno to Tsuge station. That one was really good. Shots are around 1.5k now, for this trip. Still going a little on the low side, but that will probably spike soon, as I notice once awesome scenes come, I blow around 50-150 shots on it. My friends can do 200+. But storage isn't a problem with 6x 8GB cards. I have capacity for 3000 shots, and plus I have a harddrive of 500GB for backup anyway.

Speaking of which, I really need to get a better camera now that I've shot 8k photos since I bought it. The 450D's limitations is really showing up. Noisy ISO, slow AF, not enough points of AF, slow shutter drive, slow processor, slow write due to SD limitations, and the b******* at SanDisk (did I mention my $24 class microSD bought 5 years ago outperformed my $28 class 6 SD Ultra by TWICE the write speed?)

Anyway, I still haven't gotten over how I could have missed visiting the Pokémon Centre in Sapporo, and maybe I should have bought the little plushie of Snow Miku x Hello Kitty sold for $29. It's ex, but what the heck! I didn't go all the way there to give up on that opportunity! I need to trust my impulses more...

Photography,Travel
Tagboard
Levy: Combatting spam is always interesting... Filters updated!
30 Oct 15 - 21:13
bkdcjrtnbwu: rCVCBUjXOVdP
29 Nov 15 - 21:25
Note: Please do not post long strings of letters without spaces or it will be cut off.